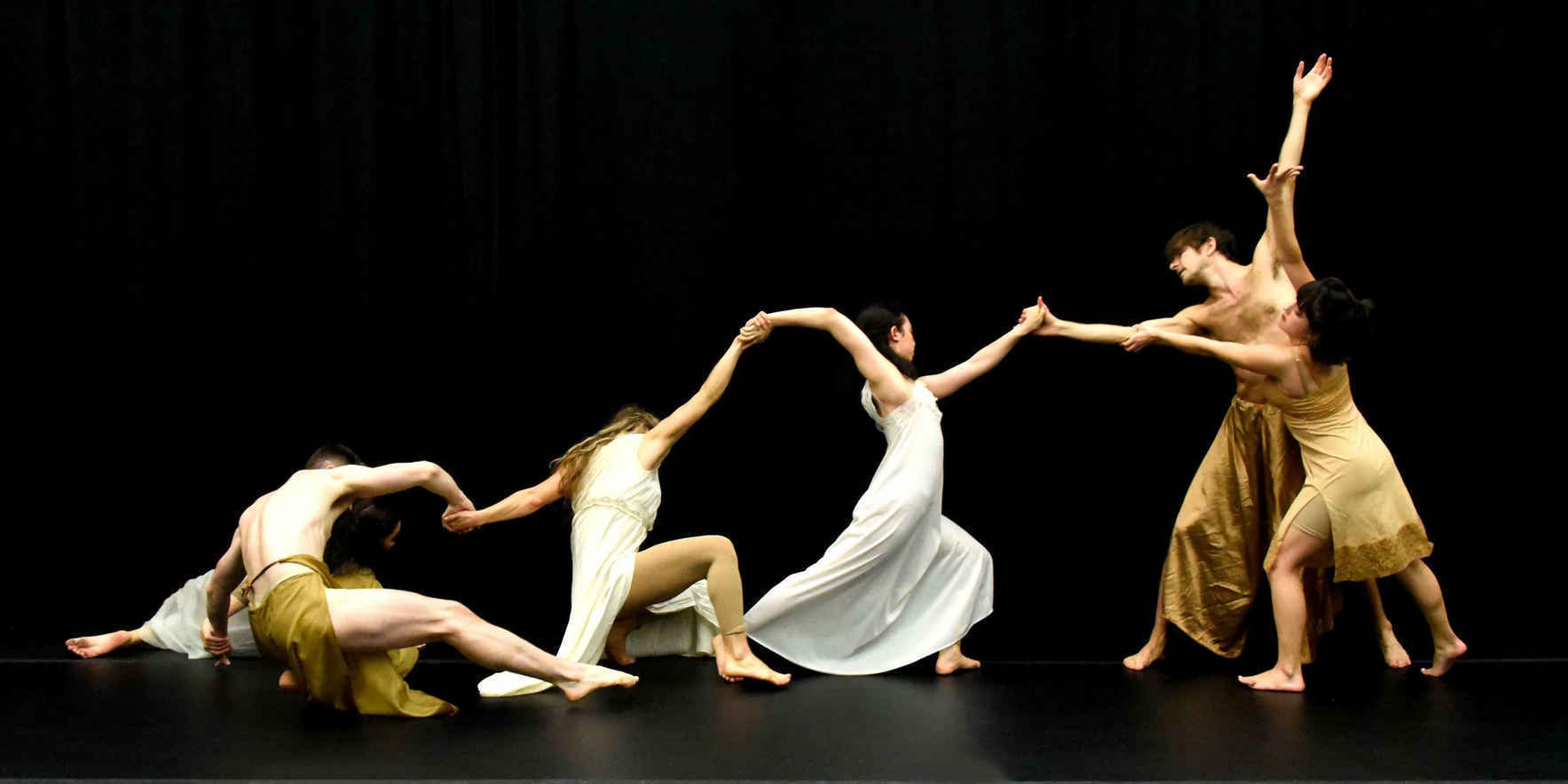 We are fundraising to continue to grow and improve our programming!

Alison Cook Beatty Dance was founded in 2012. The company is a classically-based modern dance company exploring the universal human condition through expansive and emotionally-driven movement grounded in American modern dance while exploring new approaches to finding unique creative expression. The healing and transformational power of the arts inspire the company to work with diverse groups within the community, as well as collaborative efforts with other artists across multiple disciplines.

Alison Cook-Beatty received her BFA from the Boston Conservatory of Music at Berklee, receiving the Ruth Sandholm Ambrose Scholarship Award. She has performed with the Paul Taylor Dance Company and Taylor 2, and her choreography has been commissioned by companies including Ballet Next, Columbia Ballet Collaborative, Opera Dolce, and The Boston Conservatory of Music at Berklee. She received the 2013 sjDANCEco Award for Artistic Merit & Best Choreography and the 2014 Caroline H. Newhouse Scholarship Award from Career Transitions For Dancers. Most recently, she was selected for DEVICES 4, a mentorship program led by choreographer Doug Varone.

In addition to the company's New York-based performances, it has also toured and performed at The National Cherry Blossom Festival in Washington, D.C., San Jose State University in CA, Harvard Arts First Festival in Massachusetts, and AS220 in Rhode Island. In Vermont, the Company has performed and taught at the Putney School, St. Johnsbury Academy, and the Southern Vermont Dance Festival. Altar'd Spaces at Arts & Ideas Festival, the Palace Theater, the Hartt School, and the Milford Fine Arts Center in Connecticut. The Company's first performance was in New Jersey at MishMash201!

Community outreach is at the core of the company's mission. Alison Cook Beatty Dance has brought its energetic and creative performance approach in the form of lecture/demonstrations to the Mary Manning Walsh Home for five consecutive years. The company shares how dance is created, rehearsed, and refined- all with full audience participation. Collaborations with local musicians who share this same passion for outreach have helped to make these events truly special for the residents. The Company has also performed at The New Jewish Home and I.S 10 Horace Greeley School in part of its way to give back to the community and share dance with all.

Alison Cook Beatty Dance strives to create meaningful work that is fostered by a team spirit and a supportive company environment –allowing dancers to grow and explore their own voice as dancers and as people. The company aspires to expand its audience in the year ahead and it plans its performance schedule in the New York region and throughout the Northeast.